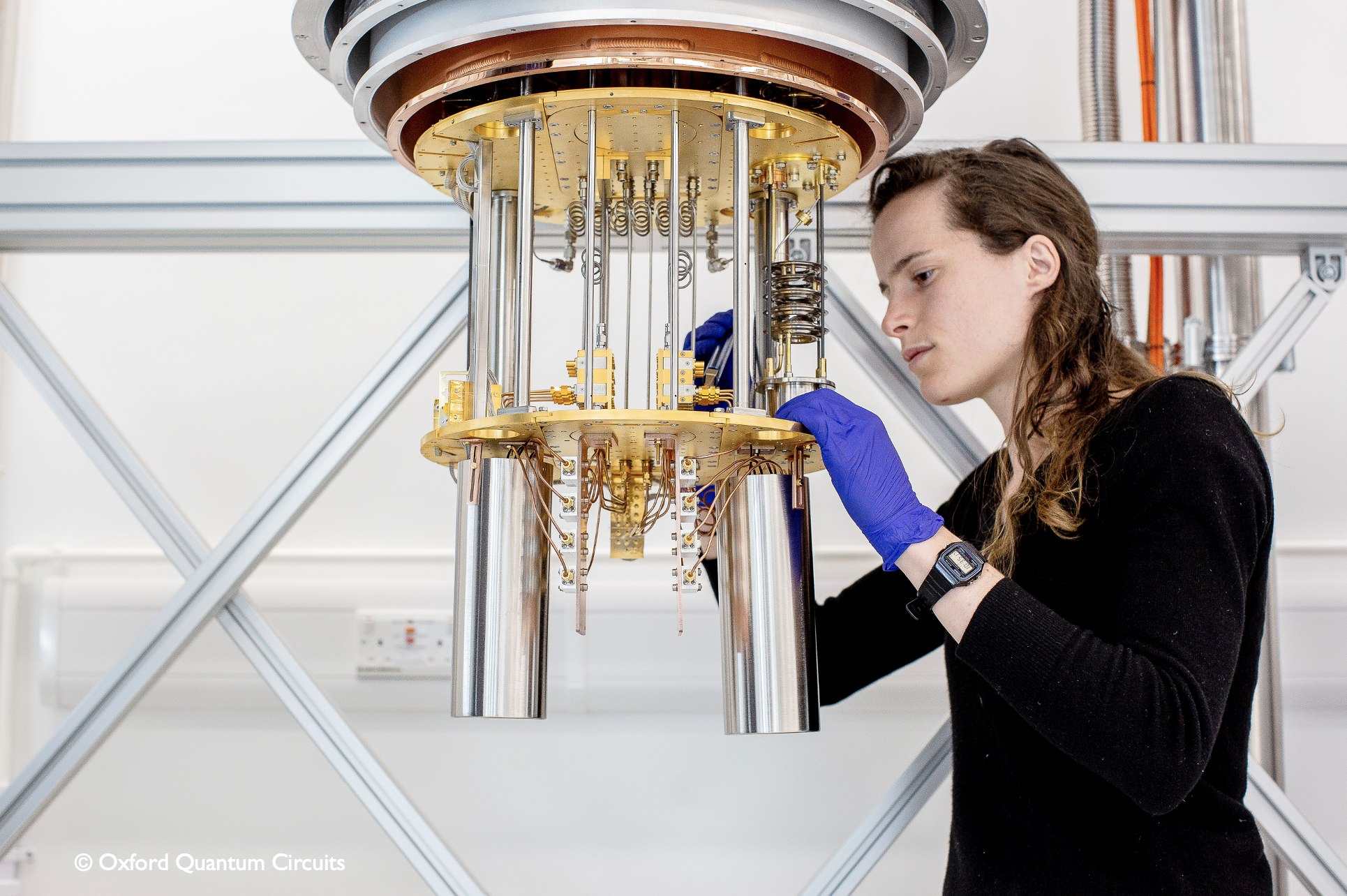 OQC’s QCaaS will give customers a competitive edge in what is set to be the next frontier of technology and enterprise. OQC has opened a beta list to sector-leading enterprise customers looking to take advantage of the technical and commercial benefits of quantum computing.

London, 7 July 2021 – In a pivotal moment for the future of quantum computing – and one that extends Oxford Quantum Circuits’ (OQC) lead in the UK and Europe – the startup has launched Europe’s first commercially available Quantum Computing-as-a-Service built entirely using its proprietary technology.

In a boost for the UK’s ambitions to be a global quantum superpower, as well as for businesses looking to explore the increasing commercial and technical benefits of quantum computing, today’s announcement is the latest in a series of firsts for the company.

Having built and launched the UK’s first superconducting quantum computer in 2018, today’s announcement marks the first time OQC’s proprietary technology is available to the enterprise via its private cloud. This announcement supports the startup’s goal of pioneering the Quantum Computing-as-a-Service (QCaaS) market.

“The launch of our QCaaS platform is not only a remarkable achievement in the history of Oxford Quantum Circuits, but is a significant milestone in unlocking the potential of quantum computing both in Europe and globally,” said Dr Ilana Wisby, the CEO of OQC. “We know quantum computing has the power to be revolutionary but for decades this power and potential has been relatively untested and unverified in the real world. By making our QCaaS platform more widely available to strategic partners and customers, we are offering the world’s leading enterprises the chance to demonstrate just how far-reaching quantum will be within their industries.” 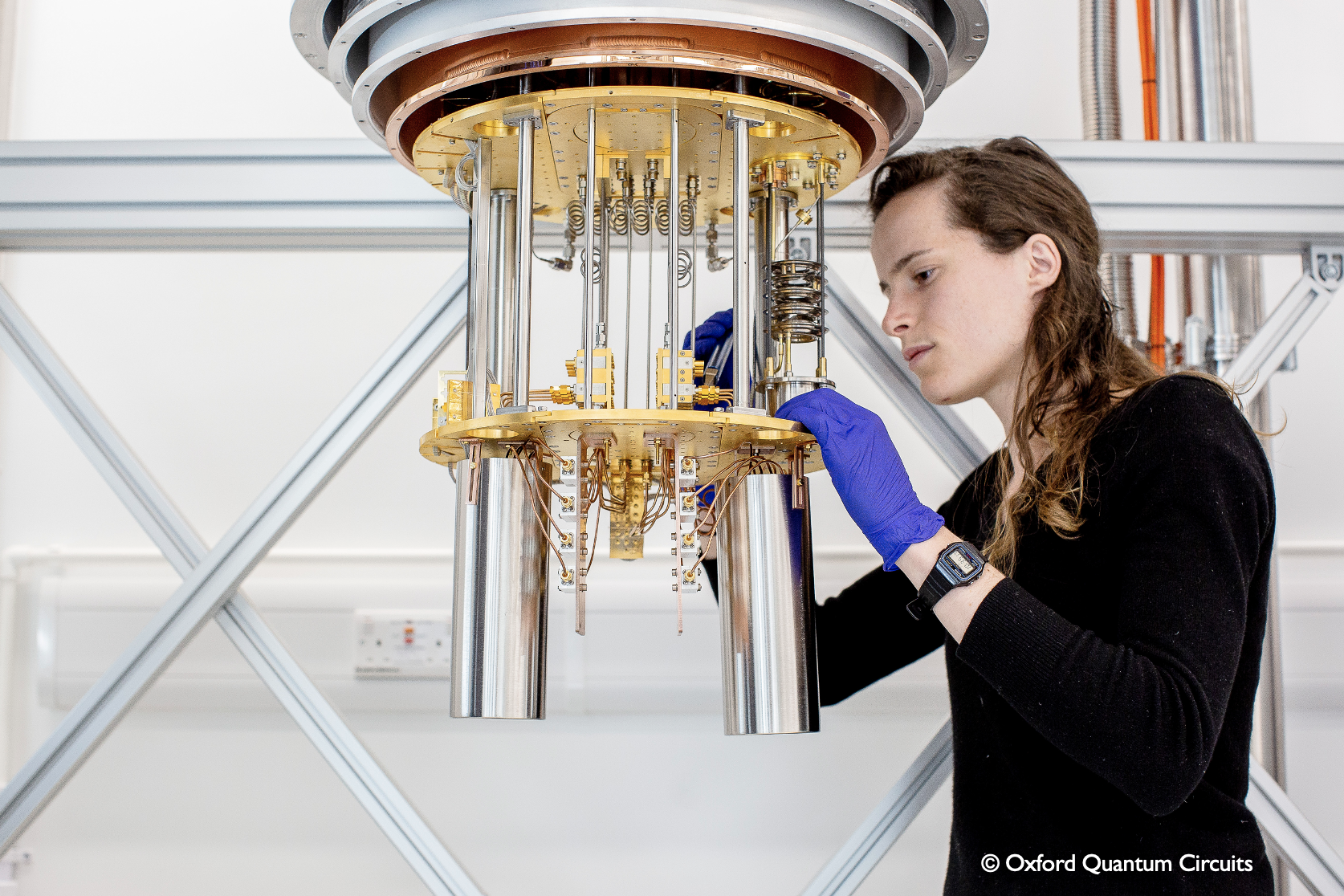 OQC’s Quantum Computing-as-a-Service platform takes its proprietary quantum technology to the market through a private cloud, where it will be used by strategic partners and customers to further experiment with quantum until ultimately they make breakthrough discoveries and tackle some of the world’s most intractable problems.

OQC’s partner, Cambridge Quantum, will be the first to be given access to the private cloud to demonstrate its IronBridge cybersecurity platform, which extracts perfect certified entropy from quantum computers to generate unhackable cryptographic keys.  To achieve this milestone — of national strategic importance — Cambridge Quantum will have access to one of OQC’s systems, “Sophia”, hosted at the company’s state-of-the-art lab in the UK. The facility, which was built last year amid the global pandemic, is the first commercial quantum computing laboratory in the country.

Following OQC’s convention of naming its systems after women in STEM, this system is named after Sophia Jex-Blake: a British physician who led the campaign to secure women’s access to a University education when she and six other women, collectively known as the ‘Edinburgh Seven’, began illegally studying medicine at the University of Edinburgh in 1869.

OQC is now welcoming registrations to its beta list, for sector-leading enterprise customers looking to take advantage of the technical and commercial benefits of quantum computing.

Scalability at a fraction of the cost of their competitors

The launch of the OQC’s Quantum Computing-as-a-Service platform is testament to the scalability of its patented architecture and technological designs. Leading quantum circuits to date have been built in a two-dimensional plane. In 2D, the intricate wiring required to control and measure the qubits — the core input-output functionality of the quantum hardware — quickly becomes a limiting factor as it introduces noise. Noise harms the coherence of the quantum device, which reduces the quality of its output. As the number of qubits grows, the intricacy of the wiring demands more fabrication steps, increasing error rates and cost.

OQC’s core innovation, the Coaxmon, solves these challenges using a three-dimensional architecture that moves the control and measurement wiring out of plane and into a 3D configuration. This vastly simplifies fabrication, improving coherence and – crucially – boosting scalability.

This key advantage underpins the company’s confidence in its strategy to “build the core and partner with the best”. Just four years after it was founded, having attracted nearly £2m of UK government support and some of the leading scientists and engineers in the field, the pre-Series A startup is now a leader in the “noisy intermediate-scale quantum” (NISQ) era of quantum computing. Yet OQC is doing so with a fundamental advantage when it comes to scaling up to future generations of quantum machines. This radical design innovation and its proven effectiveness so far is driving the company in its mission to help its customers explore the possibilities of quantum advantage.

It is also a great example of the value of the National Quantum Technologies Programme in supporting excellent research and the growth of start-ups helping to create a vibrant UK quantum sector.

Bringing quantum to the enterprise

Businesses invited to join OQC’s beta list will be able to test OQC’s systems in streamlining or enhancing their business processes, and model and experiment with new approaches.

In the long-term, quantum could have a significant impact on businesses’ operations, and on our lives:

Ilyas Khan, CEO of Cambridge Quantum said, “We are excited to be working with OQC on their first commercially available product. It has long been recognised that the first “killer app” for quantum computers will be in the area of cybersecurity, and we are looking forward to demonstrating that OQC can generate verifiably quantum cryptographic keys for our IronBridge platform.” Khan added, “Ilana and her team represent the very best of breed in the hardware sector in the UK and this bold launch of a quantum processor by a company that has very much been in stealth is a reminder of the depth and diversity of the UK’s quantum technologies sector.”

Digital Infrastructure Minister Matt Warman said, “The UK boasts some of the world’s top innovators and research institutions and this partnership helps reinforce our position as a global leader in quantum computing. Quantum computing can help tackle some of the world’s greatest challenges such as climate change, and UK firms can use this cutting-edge service to boost growth and innovation, and build back better from the pandemic.”

OQC is the UK’s leader in quantum computing. With its private Quantum Computing-as-a-Service platform, OQC enables strategic partners and customers to make breakthrough discoveries, solving some of the world’s most challenging problems. Register your interest to access OQC’s private QCaaS at www.oxfordquantumcircuits.com.